For many years, WTE has been writing its success story with reliability, high quality criteria, technical progress and precision. Over the years, the company from the Erzgebirge has developed to a leading manufacturer of precision clamping devices. The production site in Ehrenfriedersdorf, Saxony and the additional sales location in Kempten, Bavaria represent important pillars of the company with regard to the strong commitment to the location in Germany.

By integrating the company in the MAPAL Group, a strategic decision was made which ideally prepares the company for the future and guarantees customers and employees many years of security and stability.

1999
After the foundation of WTE-Spanntechnik, the first production hall is built in Kempten. Products such as CNN precision drill chucks are primarily manufactured.

2000
Merging of WTE-Spanntechnik & AWT Präzisiontechnik into WTE Präzisionstechnik GmbH. With Peter Tausend and Ulrich Voigtländer, two competent business managers will lead the history of the company as General Managers.

2000
The NC standard drill chucks are adopted as the second line in the product range.

2001
The product range of WTE is extended with the shrinking technology division. In this way, WTE is developing new sales markets and is continually expanding product quantities.

2002
As a result of the growing demand on the market and the high quality of the tools produced, the goals for shrink chucks and standard drill chucks are exceeded by far.

2005
With the introduction of hydraulic clamping technology as the third pillar, WTE is on course for a successful future and proves to have a good nose for trends and a sense for the requirements of the market.

2006
All product lines undergo a fundamental expansion with regard to the type diversity required on the market for manufacturers of precision tools.

2007
WTE receives a prize from the town of Ehrenfriedersdorf for the development of the region.

2008
An air-conditioned grinding shop is built and opened in the same year. The production area was expanded to over 1,950 m².

2008
By integrating the company in the international MAPAL Group based in Aalen, Baden-Württemberg, the decision is made to set up a competence centre for clamping technology at the Ehrenfriedersdorf site.

2009
In the area of hydraulic clamping technology, an additional technical innovation is achieved with the HPH chuck in this hard-fought market segment. As a result of the unique product properties and the universal range of applications in many areas of modern machining, HPH chucks will also represent an independent product line as HPH – High Performance Holders within the WTE portfolio.

2010
The “tool-traders-partner” group was founded in the course of a new brand strategy. The members BECK, MILLER and WTE distribute their products under their own brand name as a partner of trade in order to ensure more intensive support for the customers.

2012
The work for increasing technical production capacities begins. The first expansion phase is successfully completed in the same year. The two production halls that emerge are moved into directly after completion.

2012
As the first manufacturer of precision clamping systems in the world, WTE succeeds in bringing a complete program of MICRO universal chucks with a variable clamping range in series production onto the market. The properties of this new product range are so revolutionary that the product is immediately very popular in the relevant industrial sectors.

2015
The second production expansion phase of WTE is completed successfully. Within just two years, the production area grows to a total of 5,500 m². New modern workplaces are created and all machines are successfully put into operation. in the process, the number of staff grows to over 150 highly motivated employees. 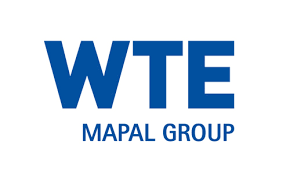 How can we help your business?

Keep up to date with the latest news, products and services from CIS Tools and the industry.